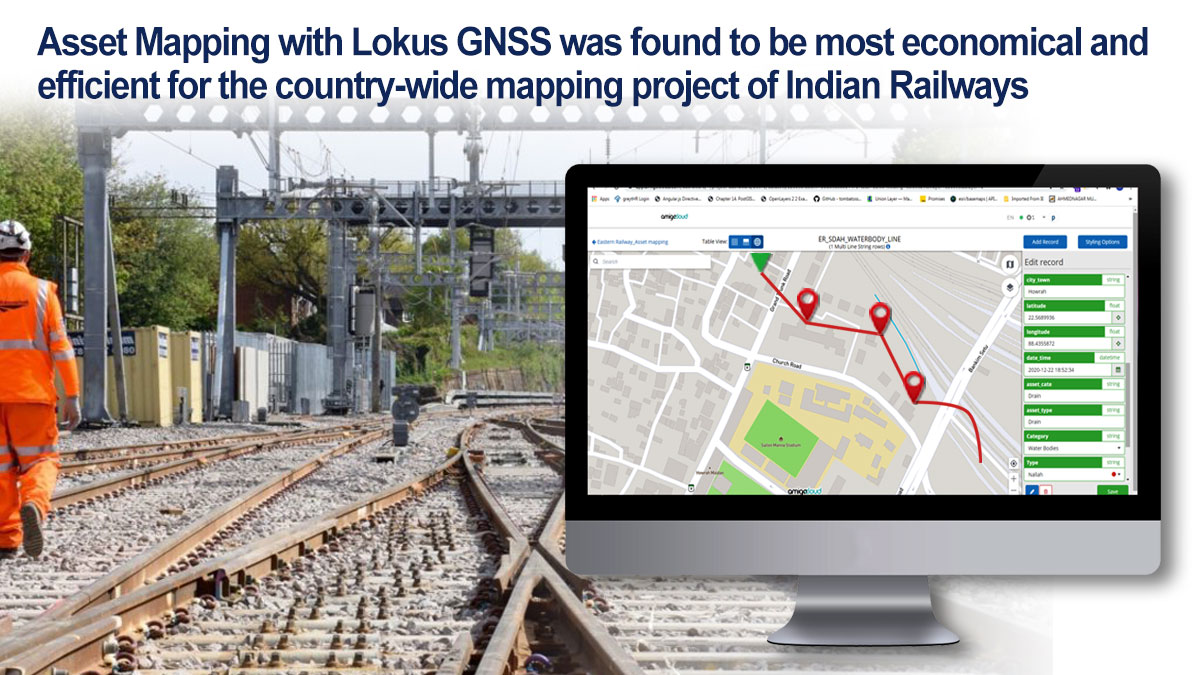 Mapping of Railways lines and assets with Lokus GNSS

Asset Mapping with Lokus GNSS was found to be most economical and efficient for the country-wide mapping project of Indian Railways.

The Indian Railways has the world’s largest network and is in the process of mapping all its assets throughout the country including but not limited to Railway land, Routes, Tracks, Bridges, Level Crossings, Stations, Signals, Axle Counters, OHE masts and its other ancillary research and manufacturing establishments for all its departments including Engineering, Mechanical,Electrical,Signal & Telecom, Stores, and Security. Survey needs low cost GPS devices with 1 – 3 meters of real-time accuracy with uploading the outputs on the GIS maps maintained by them.

Lokus Bluetooth based external GNSS receiver was chosen as the most preferred instrument by the contractors which was used in conjunction with the Smartphones running GIS mapping Apps on it.

As a result, the contractors found Lokus GNSS as the most economical solution to achieve better than the desired accuracy of 1 – 3 meters in real time, while improving the speed of survey with approaching deadlines.

Lokus GNSS uses three constellations concurrently, increasing the availability of satellites, and integrates the GAGAN SBAS correction to enhance the accuracy. The contractors found that Lokus is many times economical than the imported instruments. Lokus did not need any training to the surveyors. The contractors used different Mobile Apps for GIS and Mapping and all of them integrated seamlessly with Lokus GNSS.