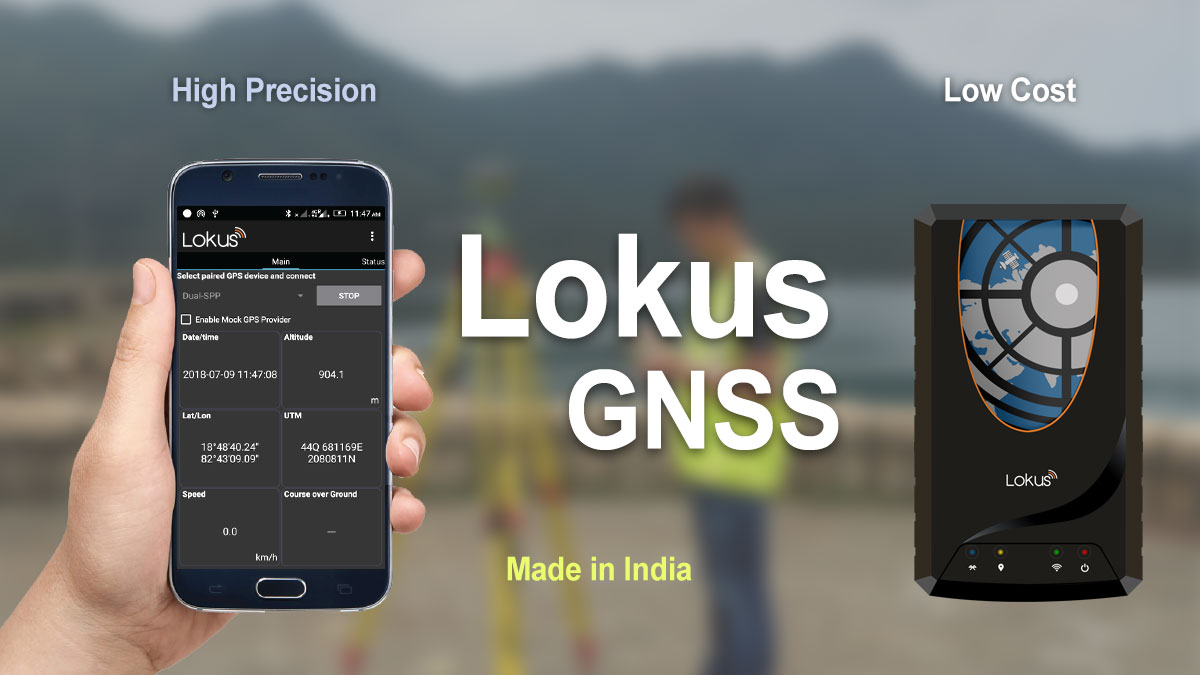 The Indian Space Technology Mission has thrown up multiple opportunities and one of its key element is to develop the country wide infrastructure for accurate positioning needs. Lokus GNSS thrives on the power of the Indian space program and developments in IoT technologies, to build world class products for positioning markets.

The team at Lokus GNSS has consumed the advanced corrections available through the GAGAN SBAS infrastructure of the country built by AAI(Airport Authority of India) and ISRO and also other several Global Space missions in USA, Japan and Europe, to develop the Lokus GNSS IoT device which radically transforms the smart phone in to a precision survey instrument.A unique piece of Indian R&D that concentrates on getting the right output but at a much lesser cost.

Lokus GNSS (upgraded version of Sxtreo T55) is developed in the Bangalore R&D center of Blackbox Network Services and is now available through partners, -Comm and Government Electronic marketplace in India.